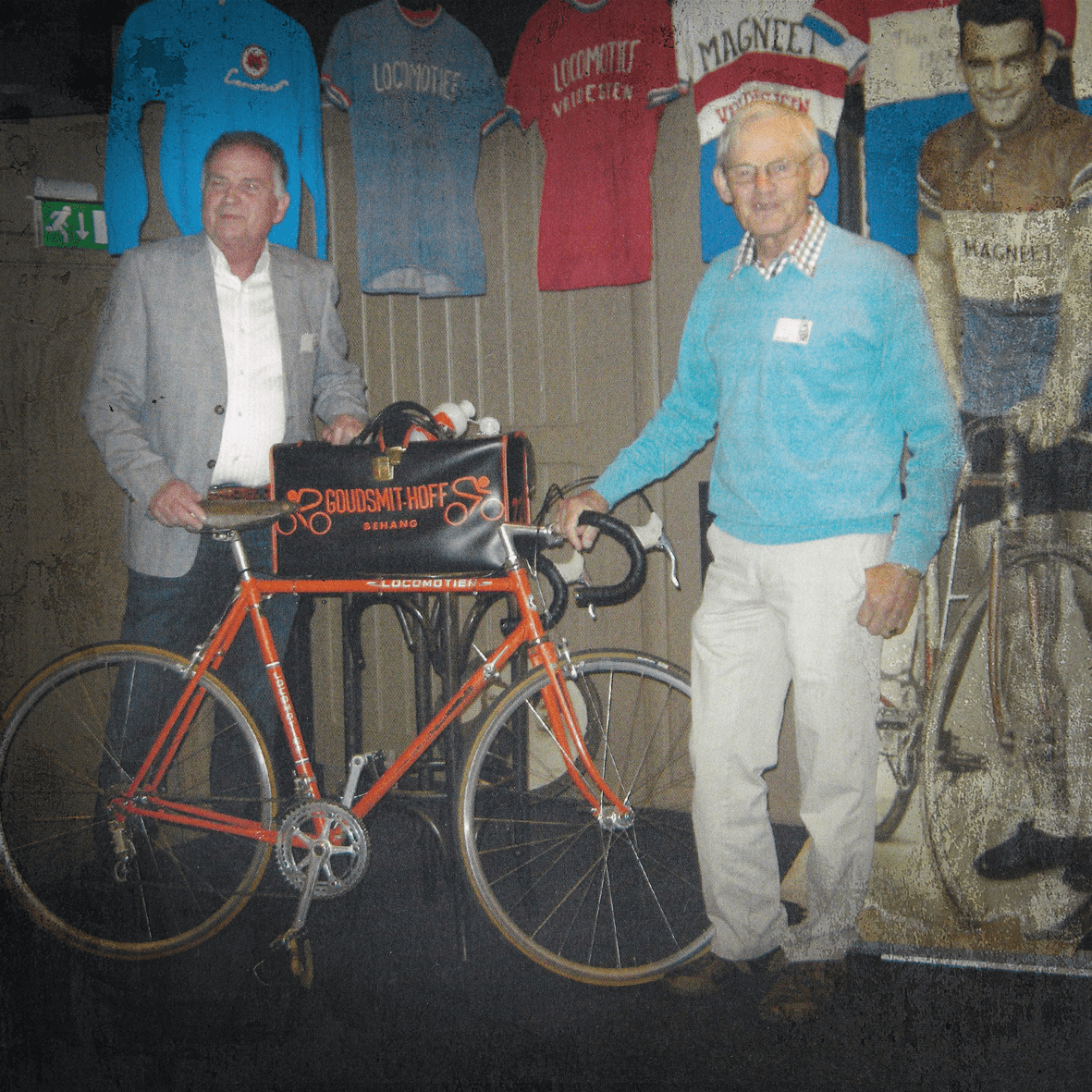 Herman Braun was 16 years old when he worked for Team Goudsmit in Oss (NL) as a mechanic back in 1972. He had to inflate 48 tyres day after day, and that using the SKS hand-held air compressor No. 195 that dated from 1955 – a predecessor of the RENNKOMPRESSOR.

Was it fate or a coincidence? Years and countless detours later, exactly this pump No. 195 found its way back to Herman Braun. Luckily, he no longer has to inflate 48 tyres with it every day. Although … the floor pump would be able to manage it without difficulty even after half a century.

back to all items