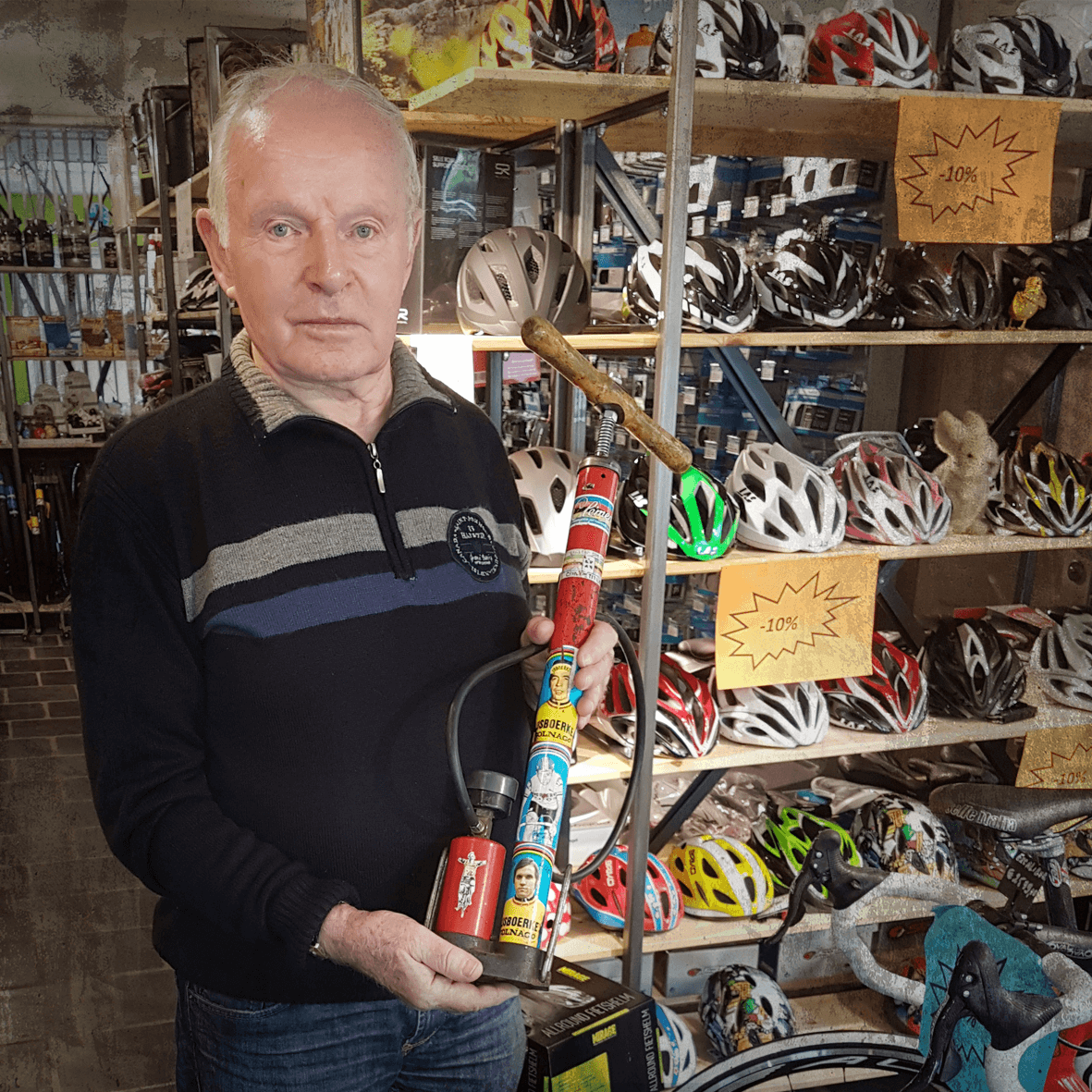 Danny Meuris from Heist op den Berg (Belgium) rode a racing bike for the first time more than 40 years ago. He has remained loyal to his racing bikes in the same way as he does to the RENNKOMPRESSOR that has been reliably accompanying him through all those years, it having been lovingly embellished with colourful stickers.

When the rubber seal stopped working after four decades of service, Danny Meuris was unable to find a replacement anywhere. He was in despair. A new pump was out of the question as far as he was concerned but the story found a happy end: after conducting extensive searches, his bike workshop Fietsen Cigno in Heist op den Berg was able to found out who made the legendary floor pump: SKS GERMANY. The pump was professionally repaired by them before they returned it to him. Danny is happy and ready for many more years on his racing bike – obviously together with his old love, the RENNKOMPRESSOR.

back to all items